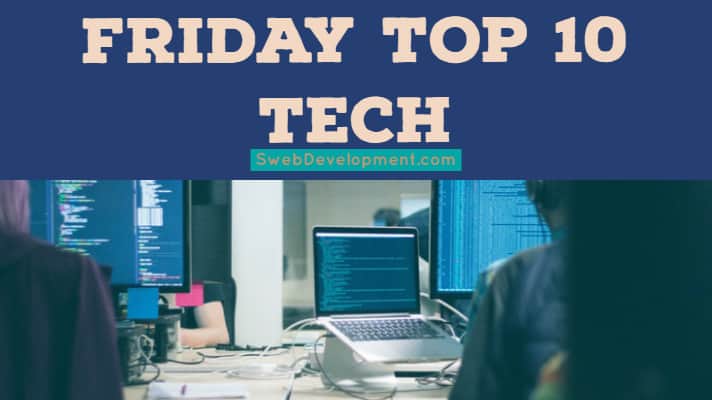 1. Why You Should Care About Apple’s Fight with the FBI

The FBI wants Apple to essentially create a backdoor that could potentially breach the privacy of all smartphone users. In response, Apple posted an open letter to customers defending their stance on encryption.

Traditional seasonal retailers like Gap, J. Crew, and Abercrombie have faced declining sales in recent years due to shifts in teen consumers who want to share fast fashion trends in real time on their social media channels. Brands that have quick turn arounds and churn out trends as they happen (think Forever 21 and Zara) are much more adept at satisfying young consumer’s propensity for instant gratification.

Since last May Facebook has partnered with select publishers to customize their web content for easy reading inside the social media platform’s app, and is now opening to all online publishers. Rather than clicking through articles and leaving Facebook, the articles will appear within Facebook’s app in a streamlined format which will potentially hurt publisher’s ad revenue while retaining Facebook’s visitors.

Last month Bloomberg News reported that Snapchat delivers over 7 billion videos to users everyday. In September 2015 that number was at 4 billion and has leaped by nearly 50% in just a few months. Compare that to Facebook’s 8 billion videos daily to an audience 15 times larger than Snapchat, and you can see that Snapchat is on the rise. If you’re a Snapchat user yourself come join us for behind-the-scenes office action under username swebdev.

5. Need to video call everyone you know at once? Now you can on Skype’s iOS and Android apps

Want to call 24 of your friends from your smartphone? Microsoft has announced an update that allows users to do just that through the Skype app.

Back in 2011 if your website loaded in .8 seconds, it was faster than 94% of the web and 5 seconds still put you above 25% of the web. Fast forward to today and those numbers have changed drastically. Click through to find out how fast your site should be loading in 2016.

Google has a long list of products it’s dropped over the years, and as of May this year its photo sharing service, Picasa, will join them. But don’t worry there’s still Google Photos.

8. Google Opens Its Cloud Vision API in Public Beta to Give Any App the Power of Google Photos

Speaking of Google Photos, developers everywhere now have access to Google’s Cloud Vision API which supports recognition of objects like boats and flowers, and even emotions on people’s faces. This offers the potential to develop apps with child-appropriate image safe guards, text recognition in images, and much more.

Struggle to get perfectly horizontal photos of your breakfast to post on Instagram this morning? The new app Line is a foodie photo game changer, with an intuitive interface, great filters, and a sensor to help ensure you get level tabletop photos every time.

10. Being Lets You Browse Instagram as Anyone, From Pop Stars to BFFs

Although currently facing some hiccups, Being is a new app that allows users to see Instagram through their friend’s–and favorite pop star’s–eyes. With the intention of enhancing the Instagram user experience, we can’t help thinking it’s toeing the line of privacy.